In Mozambique, gunmen suspected to be members of the self-styled “Renamo Military Junta”, attacked a commercial bus on the morning of Sunday, June, 28, 2020. The attack occurred in Inchope within the district of Gondola of the Province of Manica in Central Mozambique.

An 11-year-old died in the attack while several other passengers were injured.

The bus was travelling from Nampula province to Maputo, the capital of Mozambique, and the attack occurred on the national highway Road One.

One of the wounded passengers, Noémio João, recounted his experience to a local television station from his hospital bed. “All of a sudden we heard gunshots, I was sitting next to the child that was killed in the bus. About four of us received gunshot wounds,” he said.

Security sources in Maputo told HumAngle that the attack bore the trademarks of the “Renamo Military Junta’s” operations.

The rebels, led by Mariano Nhongo, is a breakaway faction of the main opposition party, Renamo.

Nhongo is at odds with the official leader of Renamo, Ossufo Momade, whom he describes as “a traitor” on account of his acceptance of a peace agreement with the Mozambican government. Momade signed a peace pact with President Filipe Nyusi in August, last year.

This is the latest in a string of raids by the Junta’s men in Manica, and the neighbouring province of Sofala, mostly against vehicles using the highway. 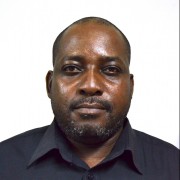