A news report published on Opera News and circulating widely on WhatsApp claims that Abubakar Shekau’s faction of Boko Haram is in disarray after it received a donation of five mIllion euros from an “unidentified” international nongovernmental organisation (NGO).

The publication claimed that senior members of the group have also turned against each other over how the fund should be shared within the group.

The claim added that, “Verified intelligence reports indicated that the International NGO, which operates in Northeast, Nigeria, and with affiliations in other parts of the country[a] informed the Boko Haram leadership of the receipt of the fund on their behalf with an advisory that disbursement would follow “previous channels and beneficiaries’ templates”.

The story claimed that a military source said “Shekau is getting blind as such only the very close ones of his aides have access to him. The issue of €5 million is causing serious disaffection in their camps,” said the report.

“Shekau has been receiving such funding in the past and he was never able to build his terror infrastructure beyond what is currently being dismantled. Our commanders are not concerned that he is still defrauding those sponsoring him, if there is any concern it is that we should be able to capture him before his own fighters kill him,” the military source said as claimed by the news report.

Fact-checkers at HumAngle contacted the Director of Nigerian Army Public Relations, Sagir Musa, to confirm the veracity of the claim and he said he was not aware of either the “verified intelligence reports” or the claim that Shekau received five million euros foreign fund through an NGO in the Northeast.

We searched autogist.com, the blog that the news was attributed to but could not find the story published on the blog. Also, no reliable medium reporting terrorism published the story. Other conflict and insurgency reporters were contacted by HumAngle but none was aware of the “verified intelligence report”.

As the name of the NGO was not disclosed, it became difficult to trace its operation history. However, Nigeria’s military had suspended several NGOs from operating in the Northeast, following allegations of collaborating with the terrorist organization. But no NGO has ever been charged to court by the authorities and the suspended NGOs were later allowed to resume operations in the region.

Scholars and experts on Boko Haram have suggested different methods of terrorism financing, from state sponsorship to external support by other terror groups like ISIS and Alqa’eda. But Shekau’s faction of Boko Haram relies on self-funding streams through fishing, farming, crowdfunding, extortion, taxation, raids and ransom taking to finance its operations.

“Much of Boko Haram’s funds are transported through human cash couriers, which are able to move rather easily between the porous borders of Nigeria, Niger, Cameroon and Chad… very little evidence of either Gulf or other foreign funding exists,” a report on Boko Haram sources of funding concluded.

Due to the strict surveillance of monetary operations to avoid terrorist financing in Nigeria, financial regulations have forced Boko Haram to avoid remittances of funds online. Such a huge amount is not possible to be transferred without its being intercepted by international and local intelligence platforms.

Nigeria Financial Intelligence Unit (NFIU) follows any suspicious transaction with the aim of curbing terrorism financing. It collates information of all beneficiaries of humanitarian assistance to avert financing of terrorism through covert operations, thus making it impossible for any NGO to follow “previous channels and beneficiaries’ templates” of funding terrorism as claimed by the report.

“Humanitarian organisations work hand in hand with EFFC Department of Special Control Against Money Laundering (SCUML) to checkmate their activities to curb Terrorism financing”, said Abdurrashid Ibrahim a worker at the financial unit of an INGO in the Northeast.

“Any transaction from five million naira must pass through a special control unit against money laundering (SCUML) clearance process be it for individual or corporate organisation,” he said.

Furthermore, there is no evidence that an NGO was allowed to operate after the military discovered that “Shekau has been receiving such funding in the past” as claimed by the news.

According to HumAngle findings, Abubakar Shekau does not operate or rely on an advisory council (Shura). He is reported to be ruthless and brutal to any opposition within the group, making it unlikely for any Boko Haram commander to disagree with the leader. 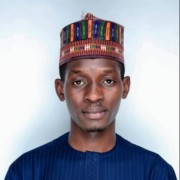