No less than 106 Nigerians were killed by violent incidents in the last one week, amidst the country’s battle with pandemics and rising insecurity.

The deaths, analysed by HumAngle, is based on data provided by the Nigeria Security Tracker (NST), reporting the most significant incidents of violence in Nigeria, between March 14 and 20.

According to the report, the total deaths were recorded in five states—Borno, Kaduna, Katsina, Zamfara, and Adamawa.

Borno, Nigeria’s insurgency hub, leads the rank with 29 death cases. This was a 60 percent decrease from the previous week, between March 7 and 13, when the state led with 65 deaths.

HumAngle reports that Katsina, with 28 deaths, and Kaduna, with 26 deaths, followed Borno closely in ranking. Out of the 28 cases in Katsina, 24 were bandits killed by the Nigerian military. The rest, unspecified, were killed by the Police.

Overall, there were 21 civilian casualties during the reported period. 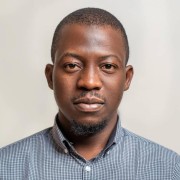